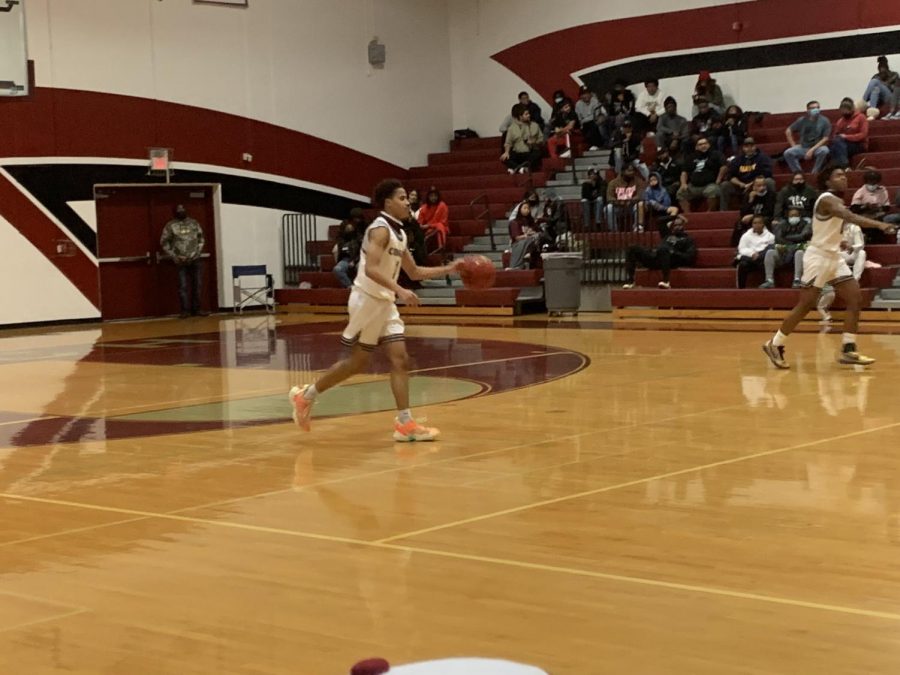 The Weston Ranch Cougars did just enough to get a win against I-5 rival Lathrop, 77-65, November 29 at Weston Ranch.

The annual Foundation Game played on the campus of Weston Ranch pitted the 1-1 Cougars against the untested Spartans. Early foul trouble and cold first-half shooting kept the game close, but the Cougars found their rhythm as the game progressed, and the Cougars outlasted the pesky Lathrop varsity and picked up the win.

It wasn’t the greatest night for the Cougars, but it was a good learning experience. First, coach Nicholas Podesta’s team had to find a way to hold off the Spartans and learn how to close out a game. Second, the Cougars needed to respond when the pressure became intense. Both of these experiences should help them as they get ready to play in the challenging Doc Smith Tournament of Champions taking place later this week at Grant High School.

While the win moved their record to 2-1, there is still plenty of opportunities to get better.

“I don’t think we played well on either side of the ball,” said Podesta. “Offensively, we were pretty stagnant and struggled to finish around the rim. Defensively we must do a significantly better job of finishing the play and rebounding the basketball.”

After jumping out to a 14-8 first-quarter lead, the Cougars found themselves in a tight battle with the Spartans during the second quarter. Lathrop tied the game twice late (25-25 and 29-29) before Weston Ranch took a two-point lead (36-34) into the locker room at halftime.

The second half saw the Cougars apply full-court pressure on the Spartans, and that jump-started their offense. Jordan Henard knocked down the first 3-pointer of the half and gave the Cougars a five-point lead. In all, the Cougars connected on three 3-pointers in the quarter, helping to move their lead out to 53-40. The key 3’s and the pressure finally wore Lathrop down, and the Cougars began to hit easy baskets simply by racing past the tired Spartans defenders. At one point in the 4th quarter, the Cougars led by as many as 21 points (71-50) and eventually closed out the game’s final minutes to win.

The long basketball season will have ups and downs for this year’s team. However, Podesta knows his team still has a ways to go and a challenging schedule ahead of them.

“We have to get tougher, more fundamental, and our attention to detail has to improve if we’re going to go where we all say we want to go,” Podesta said.

Next up for the Cougars is the previously mentioned Doc Smith TOC at Grant High School.

“It is a three-team, round-robin style event,” Podesta said of the tournament at Grant. “We will open up against Luther Burbank HS in Sacramento on Thursday at 5 PM. We will then play Grant Union HS, the host team, on Friday at 6:30 PM. Finally, we will finish the event against either Sacramento HS or Vanden HS on Saturday evening, with the game time to be determined. It should be a great event, and I’m excited about the challenge.”

Any reproduction of this story without the permission from The Prowl is discouraged.