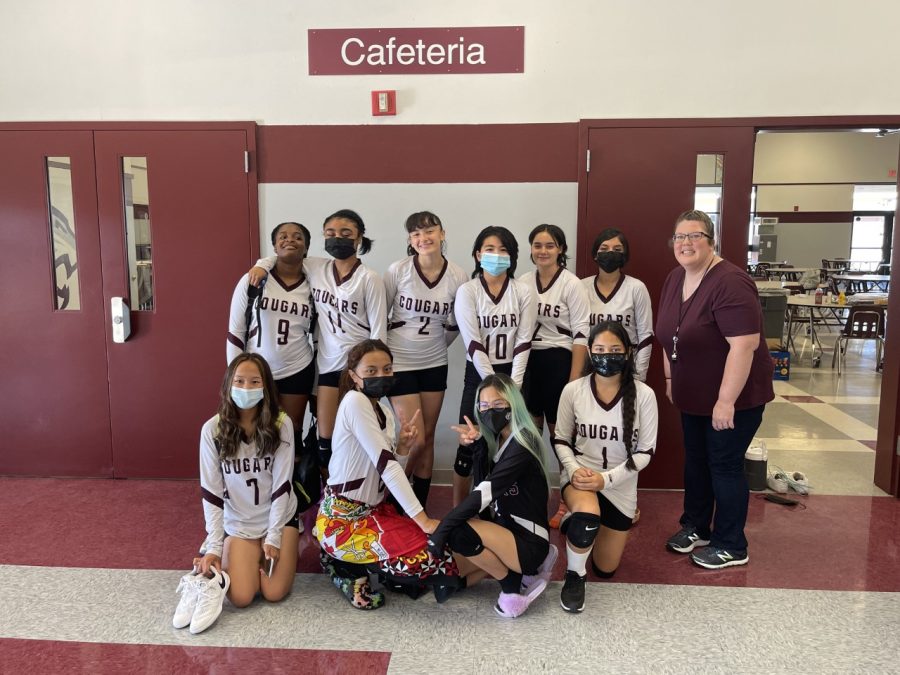 The Weston Ranch Freshmen girls volleyball spiked home a winner this week. The team picked up their first home victory on October 4 by defeating Sierra in straight sets, thus getting the nod for Athletes of the Week as chosen by the staff here at The Prowl.

“Our goals for the season were to win at home and to win the first two sets of a game,” said Kinlaw. “I’m so proud of how hard my girls completed.”

Volleyball is a challenging sport to play. Currently, the Cougars are 5-6, which is a terrific accomplishment for the young club. Although seven of Kinlaw’s nine players are playing for the first time, each player has shown growth and improvement over the year, making Monday’s victory over Sierra that much more impressive.

“This year, our focus is on building their knowledge of the game of volleyball: skills, vocabulary, strategies, etc.,” Kinlaw said. “Since the beginning of the season, the freshmen have improved so much on their passing, setting, spiking, and overall knowledge of the game.”

Volleyball is a team game, and the Cougars are figuring out what it takes to have a team effort.

Kinlaw went on to add, “Kristine Latuhoi and Lala Leapaga have made their presence known at the net. They have improved tremendously on their blocking and spiking. I appreciate their leadership on the court. Cianna Avamolifua is another athlete who is a leader on the court. She does a little bit of everything: serving, spiking, and passing. Alana Seddiqi’s setting has dramatically improved. She is our silent leader who leads by example. She has worked hard all season long and does the small things on the court that make a huge difference. She has a great attitude and is a great listener. Kyla Ferrer is another all-around player: serving, passing, and spiking. She also does the little things that make a huge difference. Kyla fires up the crowd with her serves. So many times this season, she has led us on a serving run. Saila Marriott has stepped up recently as a server and hitter in the front row. Finally, my back row players: Chimamanda Nnamdi, Erah Pongos, and Abril Landa, have improved so much in the back row. They are starting to feel comfortable and are doing a great job reacting to every situation. They are the unsung heroes on the team. They are the players who set up the setters and hitters for a great hit. Without them, there would be no set or hit.”

The Cougars will be back at home on October 14 against Kimball High Scholl of Tracy.

Photos courtesy of The Prowl. 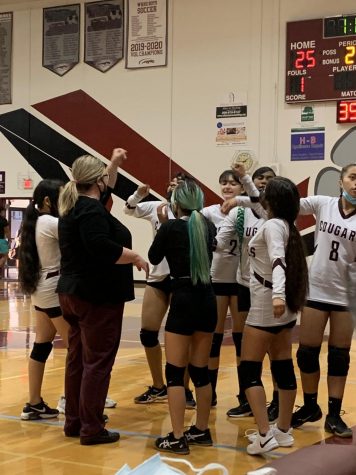 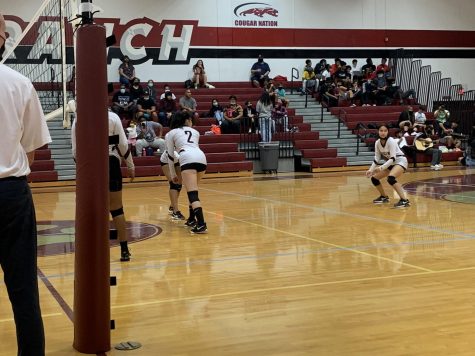 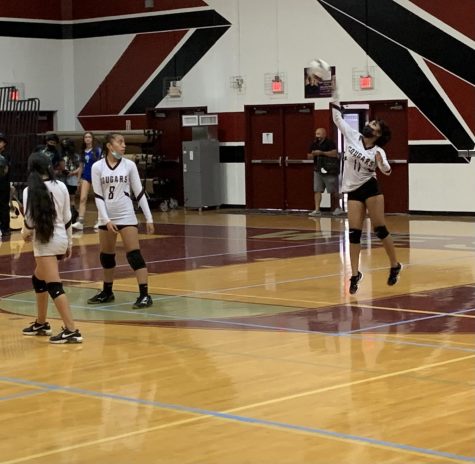 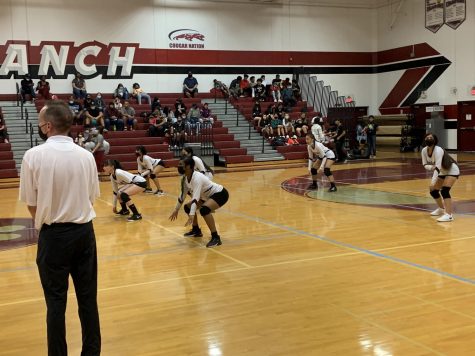