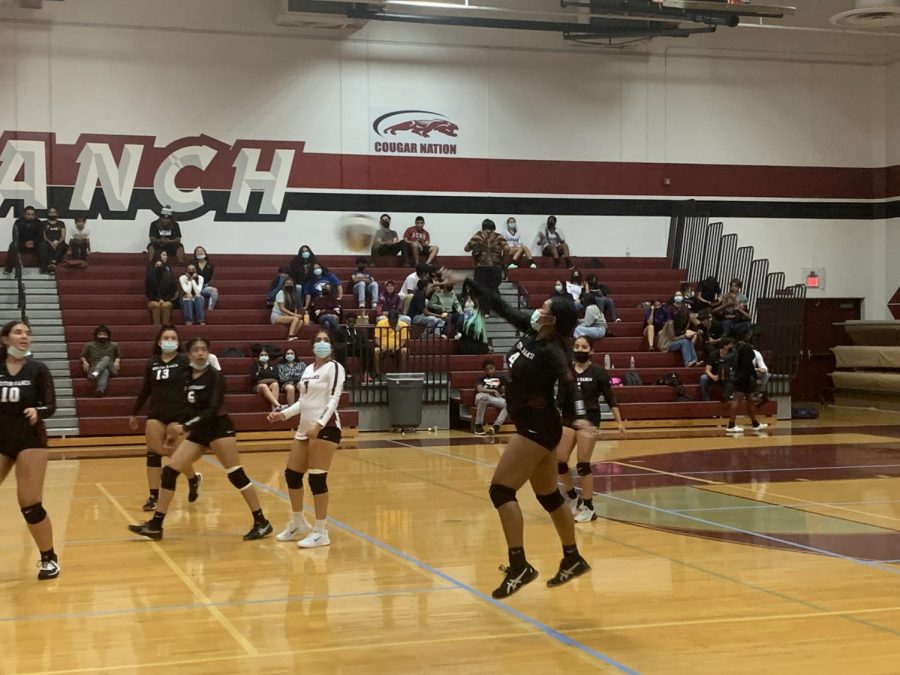 The Weston Ranch girls volleyball team put up another outstanding effort on Monday. The visiting Sierra Timberwolves had all they could handle in games one and two, but the T Wolves walked out of the WR gymnasium with a 3-game sweep of the Cougars 25-20, 25-20, 25-10.

As we’ve written before, playing in the highly competitive VOL is a daunting task for a team without much experience. However, most VOL schools have the resources, background, and junior programs to get players ready for the VOL, and Weston Ranch manages to send teams out on the court with what they have. While the team has struggled with collecting wins (currently, the Cougars are 2-8 overall and 1-7 in the VOL), they certainly do not struggle with heart, character, and effort.

“I think the Varsity showed a tremendous amount of effort the first two sets,” head coach Senecia Patten told The Prowl. “I could tell they were fighting for every point.”

Game two was another exciting tussle as both teams exchanged points for most of the game. Game two featured eight tie scores and nine lead changes before Sierra closed it out. Weston Ranch did manage to fight their way back in (closed Sierra’s lead to 24-20 after being down 22-16), but again, Sierra’s experience proved to be the deciding factor.

Game three saw the Timberwolves run the Cougars all over the court, and it was a quick affair. Again, the Cougars kept close to point 15, but Sierra ran off seven straight points before Weston Ranch scored (14-8) and then ran off eight consecutive points (22-8) before closing it out. It wasn’t from lack of effort on the Cougars’ part. It was probably more they spent so much energy and emotion in games one and two that they had nothing left to use for game three.

Patten highlighted Jannele Ico and Naomi Bridges for their work at the net and their hustle.

Patten said, “I would like to recognize Naomi Bridges for her impressive efforts. Naomi led the team in aces, adding a few blocks and kills with great coverage. Our game vs. Sierra was one of Naomi’s best. I also would like to recognize Jannele Ico for consistently going for every ball no matter how far. Jannele showed a lot of commitment.”

So, the Cougars will be back at it again today. Weston Ranch will take on Oakdale at Oakdale. The Cougars will continue to work on their in-game play and hope it catches up with their heart, character, and effort.

Patten concluded, “Being in the challenging position that we are in, it’s been hard trying to get us out of this funk. But, as a coach, I will continue to encourage my players to fight to the very end. We must be there mentally and physically, and we can’t accomplish anything if we lack one or the other. We just have to keep picking ourselves up after a mistake and tell ourselves we’ll do better next time.” 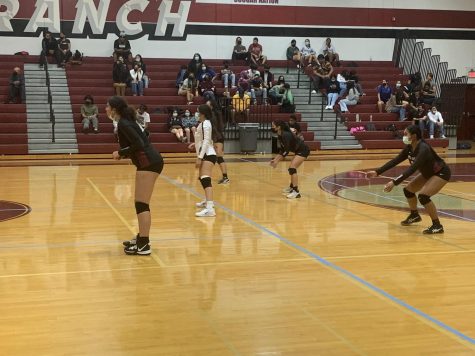 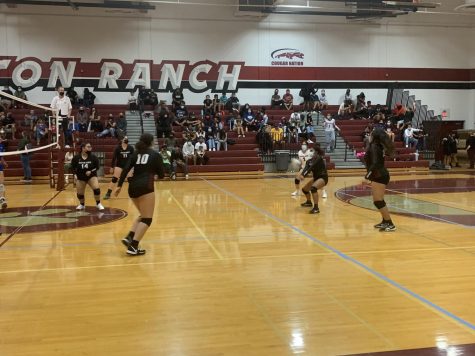 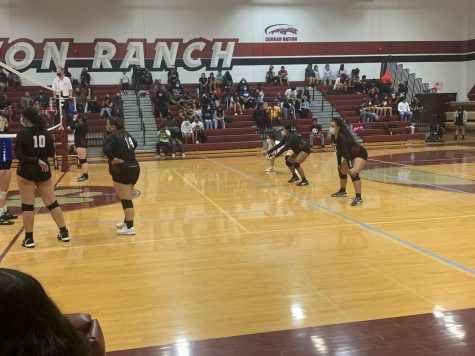