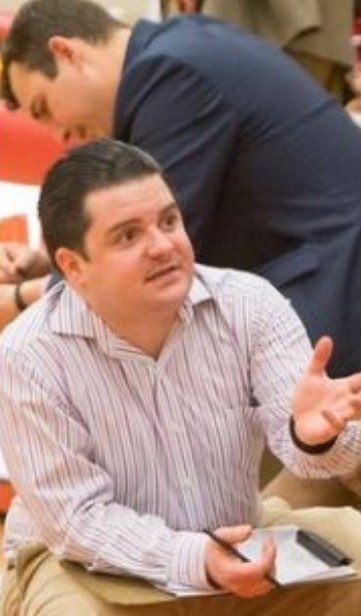 A graduate of John F. Kennedy High School in Sacramento, he holds a degree in economics and statistics from UC Davis (2010) plus a Master’s Degree in Exercise Science and Health Promotion from the California University of Pennsylvania (2012). Podesta replaces Chris Teevan, who stepped down from the position in November of 2020.

The last time Weston Ranch officially played was March 10, 2020, when the Cougars defeated St. Patrick St. Vincent 62-61 and claimed the CIF NorCal Division II State Championship. Cougar basketball looked to resume its rise and spot as one of California’s elite high school basketball programs in the Fall of 2020. Unfortunately, the Cougars missed out on their shot at claiming the State Title due to the COVID-19 Virus and shut down of both schools and sports. Teevan, who oversaw the Cougars for nine seasons, moved on in November and created the opening Podesta now claims.

Since 2008, Weston Ranch High School has been looked at as a perennial power in the Sac-Joaquin Section and a destination job for those in the profession. Podesta brings a stellar resume that includes 10+ years of coaching experience at the junior college level and experience assisting players to move on to the next levels in their careers. From assisting teams on the court and recruiting for the junior colleges off the court, Podesta is known throughout the basketball community as one of the hardest working individuals in the basketball realm.

Aside from the accomplishments on the court, Podesta knows the student-athlete must have the right mentality on the court and in the classroom to be ready to wear the Cougar jersey for the program to have continued success. Requiring returning and future Cougar basketball players to possess the intangibles Podesta looks for made sense to Athletic Director Brett Lewis when selecting the new coach.

“We are incredibly excited to select a high-caliber coach with the extensive background, knowledge, and experience that Coach Podesta possesses,” Lewis said. “We look forward to the positive impact that he can give our student-athletes, the school, and the community. We believe he can keep the great tradition of Weston Ranch basketball alive and well for many years going forward.”

Current interim coach Edward Menzel will remain in the position until June 1, when Podesta will officially take the reins. Podesta will look to hit the ground running. He spoke glowingly about Weston Ranch and the opportunity.

“First, I would like to thank Principal Troy Fast, Athletic Director Brett Lewis, and the rest of the hiring committee for providing my family and me with this opportunity. Weston Ranch is one of the premier boys basketball programs in the State, with a rich tradition, and I look forward to leading this program into the future. This is a truly special opportunity,” Podesta said.

For the past 13 years, fans have looked at Weston Ranch basketball and expected success. Podesta’s background, experiences, and interests should bode well for next year’s students, basketball players, and the future of the program.