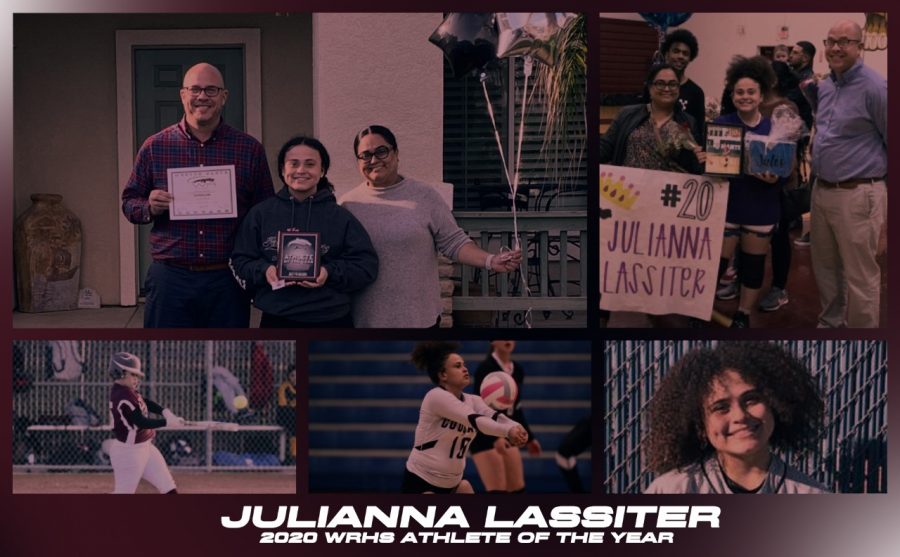 Senior Julianna Lassiter knew the first day she walked onto the campus of Weston Ranch High School as a freshman she was destined for greatness. She knew she had talent, and she knew that her dedication would pay off. Last Monday, Julianna was rewarded for four years of commitment and greatness as she was named Weston Ranch High School’s Athlete of the Year for the 2019-2020 school year.

Lassiter was a 3-sport athlete all four years of her high school career. That’s a rare feat nowadays as some student-athletes tend to focus on one or two sports and specialize in one in some cases. However, Julianna played three sports and excelled in each one. Again, a rarity amongst student-athletes today. And that says a lot about Lassiter.

As a freshman, Lassiter joined the Varsity softball team and became their starting shortstop. A freshman playing a Varsity sport is a great accomplishment, but when you factor in her being a freshman and playing one of the most demanding spots on the diamond says a lot about her drive, commitment, and toughness. It’s a position of leadership on the softball diamond, and Lassiter was ready for the challenge.

The following two seasons were when Lassiter began to shine and get the notice she deserved. Head coach Ron Wayman knew he had something special in Lassiter and agreed with the talk going around the VOL about Lassiter.

“Julianna is an outstanding athlete leading the way as one of the best Softball players in the VOL,” Wayman told The Prowl. “She was a four-year starting shortstop for our Cougars. Beginning in her sophomore year, she began to get the all-league awards. She completed the recognition last year as a junior when she was a unanimous All-League 1st Team selection, led the league in On Base Percentage, and was runner up to All-Defensive Player of the Year. More than her awards on the field, on the court for Basketball, or in Volleyball: Julianna is an outstanding person and example.”

While she excelled on the diamond, she also shined on the volleyball court. As a volleyball player, she took the leadership role as the team’s Libero, a designated defensive specialist who dictates much of the action through receiving serves and passing to increase the pace of the rallies. Just like a shortstop, the Libero is a demanding position and suited for players like Lassiter. Head Coach Eddie Menzel recognized Julianna’s leadership skills and knew he had to find somewhere to showcase them.

“Julianna was a natural fit for the Libero,” Menzel said. “She was an outside hitter for us, but really excelled as our Libero. She’s tough and hated to lose. She always gave us a lift emotionally with her great play.”

While a member of the Lady Cougar basketball program, Lassiter had many roles, but mostly she was used as a defensive specialist. Her determination to succeed usually resulted in her coming off the bench to provide a spark for the Lady Cougars. Whether she was running the point, playing the wing, or underneath battling for rebounds, Lassiter was always involved somewhere. Her energy and commitment were the things Head Coach Michael Williams respected the most.

“Julianna is a tough competitor who hates to lose. There were many times she came up with big defensive possessions throughout the season. She was willing to do anything to help the team and the school win.”

Playing sports was a way of life for Lassiter. She was well-known on the campus as an athlete. Still, she was also very involved in our Student Leadership programs and instrumental in the execution of various on-campus spirit rallies, mentor programs, and very active on campus as a student.

“I enjoyed my years playing at Weston Ranch,” Lassiter told The Prowl. “It was fun, and I loved every moment of it. I want to thank my family and friends for their support. I’ll remember the love and support from the school and the good moments there.”

So, after all the well-deserved accolades, what’s next for Lassiter?

“I plan to attend Delta College in the Fall, where I will study sports medicine and play softball for the Mustangs.”

Congratulations to Julianna on her much-deserved award of Athlete of the Year. The Prowl salutes you and wishes you the best of luck. 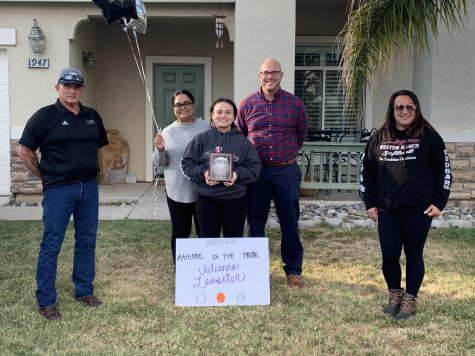