Theater Ready to Get a Clue 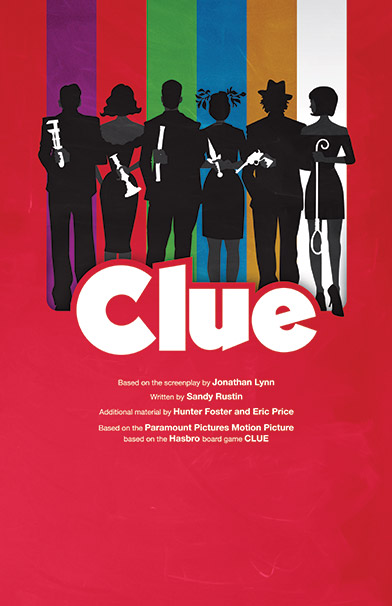 The Drama Geeks are currently in production for their upcoming Spring production of “Clue.”

Clue is based on the 1985 movie, which was inspired by the Hasbro board game with the same title. Six mysterious guests assemble for an unusual dinner party where murder and blackmail are on the menu. When their host turns up dead, they all become suspects. Led by the Wadsworth – the butler, Miss Scarlett, Professor Plum, Mrs. White, Mr. Green, Mrs. Peacock, and Colonel Mustard race to find the killer as the body count stacks up. After the host turns up dead, the six remaining guests are left to find out “whodunit” (broadwaylicensing.com).

The dates for the performances will be April 30th, May 1st, May 7th, and May 8th. Showtimes will be determined later. Ms. Stogner, the Advanced Theater teacher, will take the director’s chair for this production.